To drown in one’s emotions seems commonplace in a world on the brink of a monumentous environmental shift, and the most prominant of those emotions tends to be despair. Spencer Arnold and Conservation Diver deployed a series of sculptures in Koh Tao on the subject of ‘Despair’. This was, in no small part, due to the efforts of our incredible team of volunteers, interns and staff. Without them, none of these concepts would ever come to fruition and I can’t thank them enough for their continued support.

Restoration work has already begun on the sculptures, as fragments were transplanted to their surfaces using epoxy. Acropora corals were chosen for the bases of the structures while slower growing sub-massive species (Porites, Favites, Goniastrea, etc.) were planted onto the topmost surfaces. The faster growing branching species of Acropora will create a wealth of structurally complex habitat around the bases of the structures, while allowing the sub-massive corals time to mature without the risk of being shaded.

I received a variety of wildly contrasting reactions to this project during its conception and construction – understandably so. Sometimes, I’d get an encouraging slap on the back, and other times people would question my sanity. ‘Despair’, however, is a completely sane reaction to the insurmountable problems posed to humanity by the climate change that we ourselves have brought about, and this emotion is what the project attempts to address. 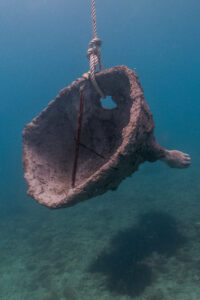 The image of drowning faces gasping for air, arms outstretched towards the surface and clawing at the concrete that binds them is a haunting one indeed. For me, it is a powerful image that describes my own relationship with despair, having spent the better part of my life fascinated by our planet and petrified by the rate at which it has been changed in my own short lifetime. A feeling of futility would always follow these contemplations, and I wondered what possible effect I could have on this inexorable process far beyond my puny, mortal control. The despair that this project is commenting on is that paralyzing fear that it is too late.

It was this despair that consumed me, reaching its peak during my 4-year stint studying Environmental Sciences in Montreal. It was my inaction during that time that kept me from the hope that I so desperately needed to be motivated. Instead of engaging with the world around me and trying to change it for the better, I found myself merely paying lip service to the notion of conservation by occasionally parroting a professor or paraphrasing an article that I had read, and then sinking back into the nihilism that I had temporarily been roused from. I was a hypocrite. 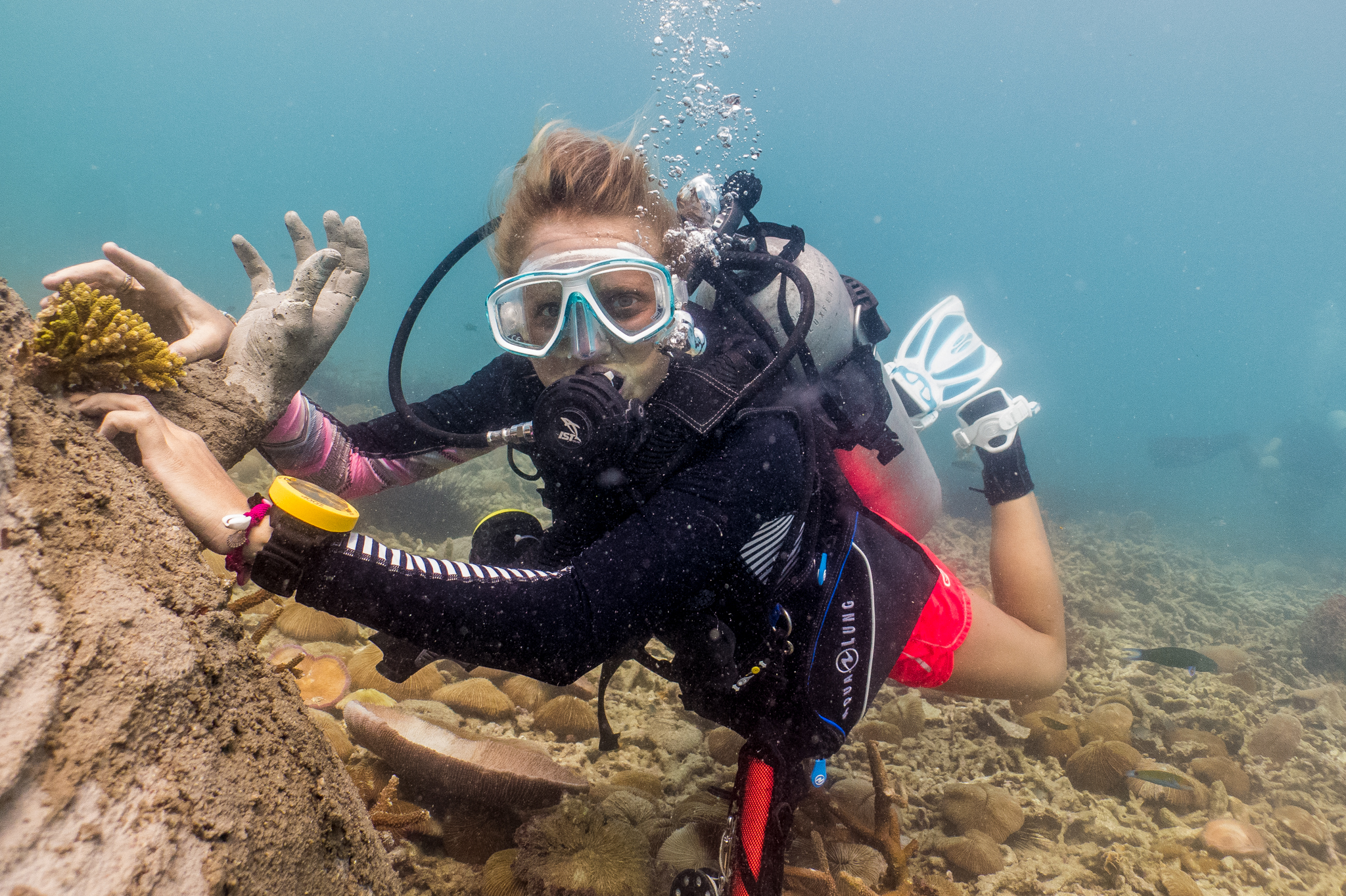 Probably the biggest question that I had to answer for myself during my studies was, “If I dedicate my life to trying to better the environment, how will I keep myself from slipping back into the despair and knowledge that I, in all likelihood, am changing nothing?” I posed this very same question to Chad during my internship here a year ago, wondering how he kept himself from despairing in the face of a rapidly developing island and devolving marine ecosystem. To have spent so much of his time tending the reefs of Koh Tao and educating himself about the delicate balances of the reef ecosystem, only to see those balances turn to a state of chaotic flux. It had to be tough, right? I would have gone off on a rant had I been posed the same question. 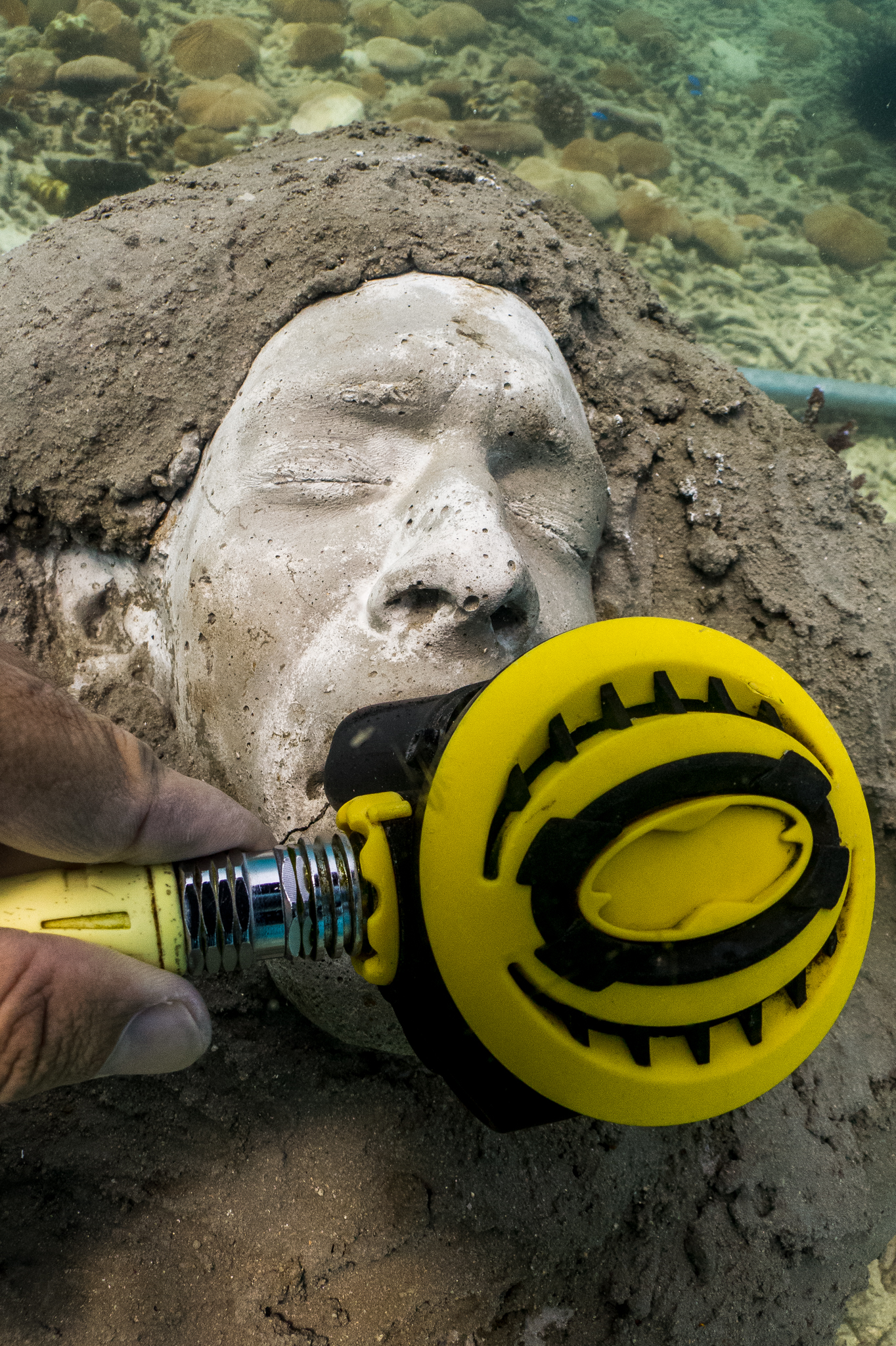 The answer he gave me, however, was void of the despair that I was so personally accustomed to. While sharing my sympathies, Chad spoke about the people he’d met through his work setting up the New Heaven Reef Conservation Program and Conservation Diver, and how it was through them that he saw hope. As one person, he felt the same weight on his shoulders, but by inspiring and being inspired by others, he saw the profound and far-reaching effect that we can have on an issue as daunting as climate change. He didn’t see his plight as meaningless; he saw it as a movement that was gaining momentum.

The sculptures are meant to be the embodiment of that petrifying despair that leads us to inaction and, even worse, indifference. They serve as a cautionary image, warning of the dangers of drowning in despair and encouraging us towards action. In juxtaposition to this hopelessness is the sculptures’ main function as an artificial reef, providing the base for life to grow. The stable structures will allow the corals planted on their surfaces to grow away from the sands where they were found and stood little hope of survival. As the corals encrust over these images of despair, they will fade and inevitably become lost in a poetic expression of life and hope. 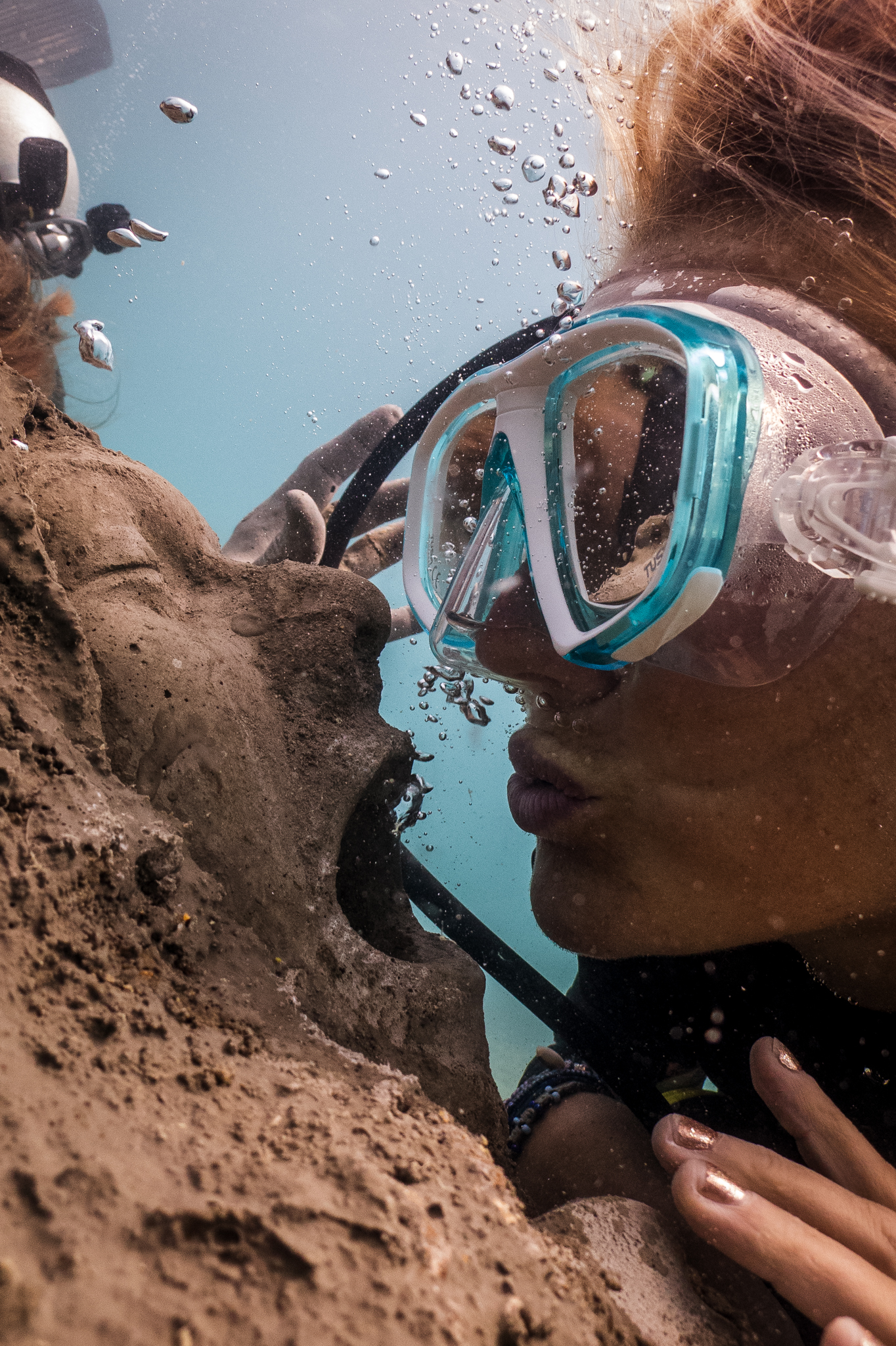